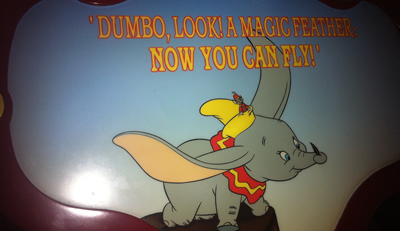 Let me retell a story I recently heard about innovation in a retail bank.

Processing standing orders at the bank was an administrative burden. There was no ‘straight through processing’.  Whilst it was acknowledged as a problem, it was not one that was of sufficiently high priority to justify a new project on the IT roadmap.  This didn’t stop an entrepreneurial project manager and a couple of developers take on the challenge as a ‘side of desk’ project. They managed to fit it in between their core work and in six weeks delivered a solution that almost immediately delivered value to the bank in efficiencies and cost saving.  Job (quietly) well done. Until a bank holiday Monday, a scenario that the solution hadn’t been designed for and on the Tuesday it failed. A backlog of standing orders was created, but no more than what would have occurred prior to the solution being implemented. Senior management got wind of the ‘failure’ and demanded answers. The problem was fixed and ‘business as usual’ returned. Until the extra leap-year day in February. Another corner case that the solution was not designed for. This time senior management ramped up the blame. Risk was not tolerated in the bank- a failure to run the project ‘properly’ introduced significant operational risk. The team were placed on a disciplinary process.  Everyone saw how the story ended and no-one wanted to end up being treated this way. That pretty much killed any innovation within the bank. The bank’s culture of ‘zero risk’ and insisting on ‘process over people’ destroyed any internal entrepreneurialism at a stroke.

Now let’s imagine that at a time in the future, the CEO of the bank hears of his competitors successfully incubating new ideas from the grass roots up. There’s a mandate to encourage ‘skunk works’ projects in the bank. Inevitably this will fail. Unless the underlying culture is fixed such projects are doomed to fail. Culture is often bigger than the whim of the CEO. To build internal innovation capability, to enable test and learn, business agility and a can-do mentality, this story tells us a lesson. Do nothing until you understand the culture and ensure that it can provide the oxygen for innovation to flourish, not suffocate it.

How do you dress up your digital success?
Perfect Pitch: three tips for delivering a winning presentation
© Copyright 2015 · dancingmango – Marc McNeill