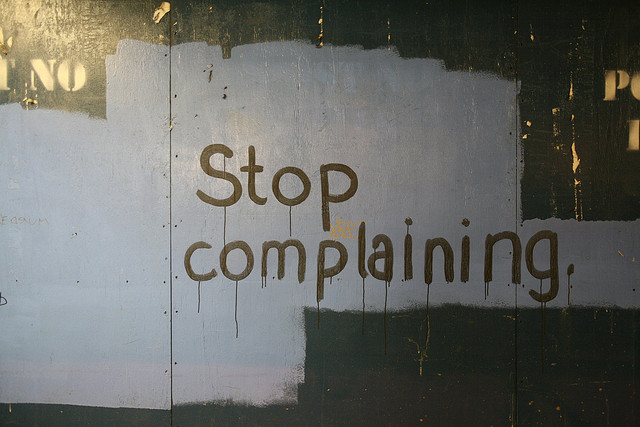 There’s nowt so queer as folk.

So said a Yorkshireman following a usability test where the participant was just plain awkward.  We wanted feedback on the flow through a check-out process, but this pernickety participant insisted in reading all the terms and conditions on the website. He then refused to continue because he wouldn’t abide by them.

“OK, so let’s assume that you were happy with the T&Cs, what would you do now?”

“I wouldn’t” (and so came an end to this particular session).

There’s nowt so queer as folk is a Northern English expression that means there’s nothing as strange as people. When you are building a product or service that will be used by the general public, before long you’ll come across some strange people. How are you going to deal with them?

Your customer is lying

I once worked at a Pizza restaurant, owned by a fiery stuntman. A woman came in complaining that there was a fly in her half eaten pizza. She opened the pizza box and there on the cheese was a dead fly. She demanded a full refund and another Pizza. The owner listened patiently then told her in no uncertain terms that she was a bullshitter. He pointed to the fly. Look at it’s wings! He then pointed to the oven – “you are telling me that the fly was cooked in that oven and its wings didn’t burn. Madam, you put that fly on the Pizza!”.

Haven’t you got better things to be doing?

Call them outliers, random aberrations, freaks; there are some odd people out there and some of them are going to interact with you. Having customers should delight you but sometimes it is going to infuriate you, none more so when it comes to awkward or difficult types who are motivated to complain. Take a look at the Advertising Standards Authority (ASA) rulings.   Now many of the complaints are one company taking a pop at a competitor, for example price comparison websites complaining about claims made in ads.  But many of these complaints leave you wondering, haven’t these people got better things to do with their time?

Your customer is trying it on

You will get people “trying it on”. You run a promotion – there’ll be folk who bought immediately prior to the promotion complaining that they’ve been excluded and demand the promotion price be applied. Returns policies will be abused, and no matter how much you point to the terms and conditions there will be customers who will accuse and bad mouth you. Introduce any sort of product promise and you will find someone who finds fault with it.

Something goes wrong and not everyone will be like you (understanding and respectful). So what if it outside your control – it’s still your responsibility. You are going to get some pretty rude correspondence. Social media is only going to amplify this.

Are you going to be like my Pizza boss and accuse your customer of lying? Or refuse to deal with the customer because you think she is rude as the supermarket checkout assistant did? Or  disbelieve and refuse to engage with as the Scottevest CEO did. Or be proud that customer service is irrelevant if you’re core product is differentiated by price alone, and call your customers idiots as O’Leary does with Ryanair?

When you are working with people, remember that Yorkshire saying; there’s nowt so queer than folk. When you are building a product, you do all your customer development; you know that people are not like you, but when you launch, be prepared to discover quite how unlike you some people are. And in some cases how you really don’t care for some of your customers at all.

You don’t need to like every customer. You don’t have to be everybody’s friend. What you do need is consistency in your approach and to treat people fairly (if that is what you want your brand to stand for). Most importantly, be ready for the people who you’ll wonder “haven’t you got better things to be doing…”

Business cases are works of fiction. Try storytelling instead.
How do you dress up your digital success?
© Copyright 2015 · dancingmango – Marc McNeill