After a month living out of a suitcase, circumnavigating the globe I’m homeward bound. I’m flying with Oasis… going to be interesting how the words “budget” and “longhaul” reconcile with each other. So far the experience is promising, a nice touch with their e-ticket (the date which I have subsequently changed). The plane flies at 00:50. BA fly back from Hong Kong a little earlier; on their e-ticket they don’t make it clear that the flight is a post-midnight one. Last time I did this trip I arrived at the airport on the Sunday night beleiving my flight was late on Sunday. Only it was a few minutes after midnight… on the Monday morning. I’d missed my flight by 24 hours. An easy, and expensive mistake to make. Oasis have gone out of their way to help me not make this mistake.

The humble potato is not worth a lot. The farm gate price for a 150g spud is negligible. How do you add value? How do you turn a worthless Maris Piper into a valuable commodity? 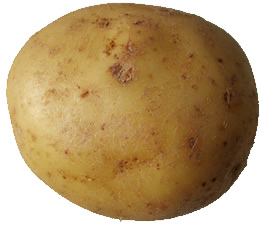 Potato crisps (chips) are a great example of a low value product being turned into high value one. 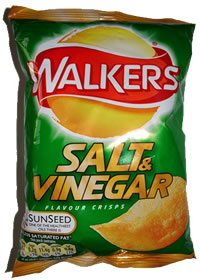 But that’s the easy part. The real value add is further transforming the product without fundamentally changing it. Innovation through packaging and marketing, making a basic product appear more desirable. Appealing to higher sensations beyond just satisfaction; differentiating the same basic product into an up-scaled, up-market luxury item. The same item that customers will happily pay more for.

The retail price for a 50g bag of Walkers Salt and Vinegar crisps at my local One Stop is 35p. The price of the Sensations bag is 47p. (For reference the retail price of a 50g potato – is 5p). Now I’m no crisp expert, but I’d guess that the incremental cost for adding a couple of new ingredients to the flavour is marginal. There’s some sunk cost in product development- creating the new flavours and developing the new brand, but this is little effort compared to the benefits that will be accrued. 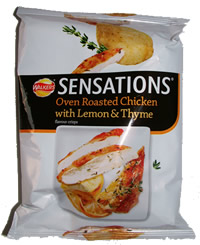 But that is not the end of the story. Focussing upon the experience of the Sensations product, Walkers see an opportunity to change the packaging – to increase the bag size. Now their basic Sensations product is a whopping 150g bag that retails at £1.35. 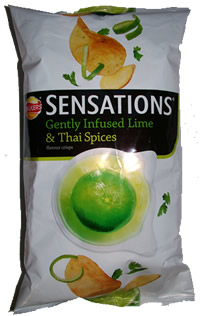 Sometimes it is easy to focus upon just delivering the basic package, to just satisfy the customer. Is there anything you can do on your project to transform delivering the hygiene of customer satisfaction, to selling a compelling value-added experience?

New York.  Went to the Apple store last night with the intention of buying a MacBook.  The Apple retail experience is pretty cool, lots of space, Macs and ipods to play with, sales people in the background – letting the Apple products sell themselves, being available to answer specific questions and take orders.

And then cold feet.  I’ve been taken in by the hype.  Do I really need a new MacBook?  It would be for work and work already provide me with a reasonably decent Dell laptop. Can I really justify the $1200 outlay (even though it is cheaper than in the UK?  And there’s a thing that bugs me about the retail experience in the UK.  Lack of pricing transparency.  The ticket says one thing, but then you’ve got to add the sales tax.  In the UK, unless you are buying in the B2B space the price you see is the price you pay).  And my final decision was no.  I can’t really justify it.  So instead I’m going to give Ubuntu another go and try and have the best of both worlds, a cool operating system on my old Dell machine.

We are now approaching East Croydon, please mind the gap between the train and the platform. Don’t leave any of your belongings behind…

The usual scripted stuff. Then…

Hey! I’ve just realised its Friday! The Weekend is here.

People on the carriage look up. Did he really say something, that’s something that breaks the mundane monotony of the commute.

I looked around and people on the carriage were smiling. An unscripted, personal touch. It wasn’t a canned message from an anodyne voice. For a brief moment South Eastern Railways became really human. It made commuters smile. And commuters travelling into East Croydon rarely have anything to smile at.

There is more to Customer Experience than homogeneity and consistency in interactions. It is more than scripting customer contacts. It is more than sheepishly adhering to the corporate line. It is about empowering employees to have the confidence to be human. It is giving employees some degrees of freedom to do things differently if it is in the interest of the customer. To be spontaneous.

There’s the story of the Ritz-Carlton bell boys being given a budget to help customers. To be spontaneous without having to jump through hoops of approval. No “I’m not really sure, wait a minute and I’ll ask my supervisor (because even though I’m grown-up enough to want to help you the Rules by which I’m employed don’t let me)”.

Maybe I’m getting a bit carried away. But customers remember these human touches. And if they have the seed of a positive emotion planted in their memory, an emotion associated with your brand, you have the seed to grow lifetime value.

Anthony Bourdin in Kitchen Confidential writes “Good food is very often, even most often, simple food.  Some of the best cuisine in the world… is a matter of three or four ingredients.  Just make sure they’re good ingredients, and then garnish them.  How hard is that?”

How hard is that indeed.  There’s a lesson there for building out your product set.  Are you doing the simple stuff well?

Another meeting, another executive talks about the need for innovation and creative thinking and pushing the boat out and beating competitors with something new.  Meanwhile, doing the the simple “hygiene” things that will delight existing customers (reducing customer attition and churn) get lost with the innovation hyperbole foccused on “capturing market share”.

One of the great promises of the eCommerce was that goods and services are always available, 24/7.  Not apparently at Liverpool Victoria whose online quotations are only available at selected times:

Please note that our online car insurance quotes are only available at selected times: 8am to 11.45pm Mon-Fri, 8am to 3.45pm Sat.

One can only assume that this is an issue with their integration of their website with their backend quotation engine.  Was the quotation engine built in the days of 9-5 business and is unavailable outside business hours?  Maybe it depends upon overnight batch processes that render it inoperational between 11.45 to 08:00 and from 3.45 on Saturdays to Monday morning?  Or is this swivel chair integration, some poor soul manually taking requests from the web site and entering them into the legacy system?  Someone who doesn’t work nights, Sundays and whose weekend starts at 3.45 on Saturday?

The “customer” agenda has moved beyond CRM. “Customer experience” is being taken ever more seriously; some more enlightened organisations have customer experience representation at the board level. It’s all about thinking in terms of the experience customers have with us- considering every touch point – understanding the journey the customer takes from first becoming aware of our brand, through researching and purchasing our products to developing them as a loyal and profitable advocate of ours.

Sadly the IT that underpins many organisations doesn’t get the customer journey. It is routed in organisational silos and delivery channels that mean everything to the organisation but nothing to the business.

But is it joined up?

I go into a store and a salesperson helpfully shows me the product, but I’m not yet ready to commit. She offers me a great deal, I’m tempted, but I want to check it out on the web. I search the competitors, the salesperson was right, she was offering me a really good deal. So I got to their online shop and there is nothing like the tailored deal I was offered in the store. There’s a number on the website and I get through to the call centre. I start all over again. I get the same sales patter I got in the store and saw on the web. I’m offered a deal that is similar to that in the store. I’m ready to commit… but they don’t have any in stock, I’ll have to wait seven day. So can’t I buy it now and pick it up in the store tomorrow? I don’t think so.

Where is the driver to improve things? Each channel has contributed to the sale but each is a silo that has its own reporting lines. They are in competition with each other, each wanting the sale none of them recognising the other in the journey that led to that sale. Yet ultimately their failure to work together is destroying the brand value.

I go into a store and a salesperson helpfully shows me the product, but I’m not yet ready to commit. She offers me a great deal, I’m tempted, but I want to check it out on the web. She says “great!” scans the products and prints me of a personal card with a short unique identifier and a unique website URL. I search the competitors, the salesperson was right, she was offering me a really good deal. So I got to their online shop and enter the URL and there is the tailored deal that the salesperson told me about. It has even got her name on it (so I know he’s going to get some credit for the sale). I get through to the checkout screen. I enter my personal details and I’m just about to buy, but I’ve got a question about the terms and conditions so I take a pause in filling out the form. There’s a number on the website and I get through to the call centre. I don’t have broadband so I loose my connection. The voice at the end of the phone knows who I am and where I am up to. I’m ready to commit… but she apologises, she doesn’t have any in stock. I’ll have to wait seven days. But I could pick it up from the store tomorrow if I want (or even a store close to where I work) or I can get the store to deliver if that would be more convenient. I’m delighted. The next day I go to the store and it is waiting to me. The sales person smiles. She didn’t take my money, but she ultimately made the sale and she’ll be rewarded for it.

Fantasy? It shouldn’t be. Thinking in terms of the customer experience and the customer journey is only the first baby step. The giant leap is to get IT bought into it and implement a solution that is not going to cost the earth and take years to (not) deliver.

And that’s where ThoughtWorks comes in. We thrive on getting everybody together and using creative, collaborative and highly visual techniques we quickly get everybody to consensus on the vision we want to move forward on. Because we are an IT company, we understand the opportunities and constraints with technology. But most importantly because we use lean and agile techniques to delivering technical solutions we are responsive to change, flexible with emerging requirements and can focus on getting things done – the baby steps – whilst working towards the giant leap that will win lifetime value for customers. Hmmmm. That’s beginning to sound like marketing blurb.